This Page Still Under Construction

The Mayor and 6 city council members are elected by Nixa voters. They are your voice for implementing ordinances and laws. These are volunteer positions which are paid a stipend to cover costs related to their public service. These elected officials are not considered city staff and they do not work full-time from City Hall. Nixa has a Mayor-City Administrator form of government as defined by the city’s Home Rule Charter. This means the City Administrator is the highest-ranking member of city staff, appointed by the Mayor and Council to manage the day-to-day operations of the city.﻿
﻿

Learn more about the powers and responsibilities of the Mayor, Council Members, and City Administrator by reviewing our Home Rule Charter.

Each council member is elected for 3-year terms to represent the citizens of Nixa. Nixa has 3 council districts and each district has two council members. Their terms are staggered so that each year, two council seats are up for election, but not from the same district. The Mayor is elected as an “at-large” seat by voters in all 3 districts.

Type your address into the interactive council district map to see which district you reside in.

﻿﻿﻿You may invite the Mayor, Council Member, or any other city official to attend your event by following the button link from the menu below.

The public is invited to all city council meetings, which are held at Nixa City Hall at 715 W. Mt. Vernon St.

If you would like to speak on any subject during a council meeting, contact the City Clerk at 417-725-3785 for procedures. You are also welcome to contact the Mayor or your district’s council members to voice a concern or appreciation. Select the tab for the council members you wish to learn more about.

Regular meetings of Nixa City Council are now streamed live on our YouTube channel and recordings of meetings remain on the channel if you wish to view them at a later date.

On April 4, 2023, Nixa residents will be voting to elect the following council seats: 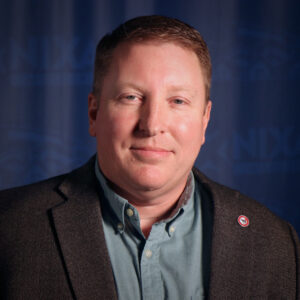 Brian Steele has served as Mayor since 2014 and has been on city council since 2010. A software developer by training, Brian currently works as an Azure Cloud Consultant for Pragmatic Works Consulting.

Brian was born in Kansas, but his family moved to Nixa in 1979. A graduate of Nixa High School, Brian graduated from SMSU and attended Washington University Law School in St. Louis. “Nixa is my home town,” Brian says, “I have lived in big cities, but I enjoy Nixa’s small town feel and its access to big-city services, businesses, and activities.” He brought his family back to Nixa in 2003, when his eldest daughter began school, because he wanted his children to experience Nixa schools and be near family.

Brian decided to run for council and, later for Mayor, after he had the opportunity to work from home. He says it seemed like a perfect way to help his family, friends, and neighbors by being more involved in the community.

Brian’s top priorities are economic development, infrastructure, core services, and quality of life. He believes creating new businesses and jobs for Nixa residents will expand our economic base and fund improvements to streets, parks, schools, etc. “I will work to improve Nixa’s three most important assets,” Brian says, “Our city infrastructure, police and parks.” “As a key part of that, I see a day in the not-so-distant future when every school, neighborhood, park and business will be inter-connected with sidewalks, bike paths, and trails,” Brian says. He hopes these efforts will help grow Nixa’s reputation as one of the best places to live.

“Prior to joining council,” Brian says, “I had always believed that government could be run like a business. I have found that while many of the principles that create success in business can help in government (such as strategic planning, customer service, and innovative thinking), the two are bound by different limitations and driven by different goals.”

Brian says the best part of serving on council so far has been working with other leaders and city staff who are guided by Nixa’s best interests. 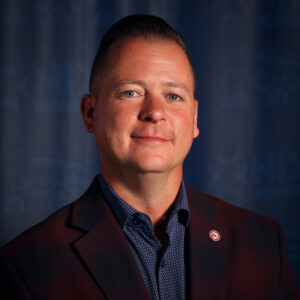 Jarad Giddens represents District 1. He runs Whiskey River Market in Ozark and is Managing Partner of Giddens Consulting, which specializes in lighting and custom railing solutions.

Jarad was born in Pittsburg, Kansas, but moved to Springfield at a young age. He graduated from Kickapoo High School and attended OTC and MSU, but says, “I enjoyed work more than going to class, so I decided to begin my professional career a little early.”

He began living in Nixa during his college years, and never wanted to leave. Jarad and his wife, Ashley, loved the small-town feel of Nixa and its amazing schools so they decided to stay and raise their daughters Alivia and Elise right here. “That was one of the best decisions we ever made,” says Giddens.

Giddens says he was inspired to run for council by watching the spirit of volunteerism exemplified by his parents. His vision is to help our community grow by helping larger businesses open their doors in Nixa. He says, “We currently have some amazing small businesses and that is a huge part of what makes Nixa great. However, we need to create more jobs to provide the residents of Nixa with opportunities to work here too.”

Giddens previously served on the city’s Home Rule Charter Review Commission and Planning & Zoning Commission. He says that experience helped him become familiar with the people involved with the city government. “I feel like the best part of my experience has been the new relationships which challenge me to be the best possible person and councilman for my district.”

Jarad says he is excited to serve the residents of District 1, “I will always make every effort possible to be available to my constituents, so they always know they have a voice.” 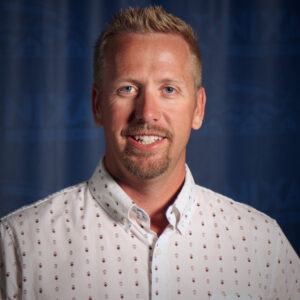 Matt Ogden was appointed in September 2022 to serve temporarily in the District 1 seat vacated by Amy Hoogstraet. His temporary service will expire in April of 2023 and at that time, residents of District 1 will elect someone to serve the remaining year on the term to which Hoogstraet was originally elected. 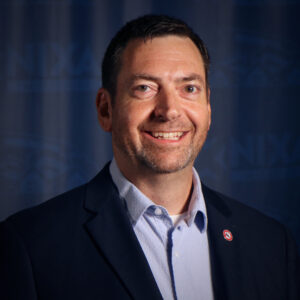 Aron Peterson has represented District 2 since 2010. Aron works as a third-party contractor specializing in logistics for the Cheese and Dairy Procurement Group at Kraft Heinz. Born in Germany and raised in South Dakota and Iowa, Aron completed his Business Administration degree at Evangel University. His family moved to Nixa in 1997 for the exceptional schools and to be close to their church, Nixa First Assembly of God, where he, his lovely wife Shawn, and their two beautiful daughters Ashely and Emiley attend. Aron says he likes Nixa because, “it still has a small town feel even though the population has doubled since we moved here.”

Aron decided to run for council after a friend recommended he fill the seat she was vacating. He says being involved with council enables him to be a facilitator of change, not simply a spectator of it. When he first joined council, Aron says he was, “not aware of the number of ordinances and resolutions the council has to decide whether or not to enact.” He was also, “amazed to find out the city’s budget is primarily funded by the 1 cent sales tax.”

While Aron says Nixa is great place to live and play, he wants to make it a better place to work. That’s why his goal is to find innovative ways to spur substantial economic growth, such as a business incubator. He also wants to improve the infrastructure around the Missouri Street corridor, see the establishment of a skate park, and continue to see more sidewalks connect across the city. Aron says the best part of serving on council is, “the interaction I have with the constituents of my district. Having the ability to work as a liaison between the citizens of Nixa and the city is very rewarding.” 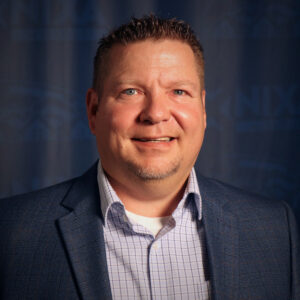 Shawn Lucas has served on city council since April, 2021. He works as a sales consultant in the food distribution industry.

Shawn was born in Illinois and raised in Kansas, earning his Bachelor of Arts in Accounting from Ottawa University in 1999. Shawn, his wife Tina, and their daughters Teagan and Eliza moved to Nixa in 2013 when he accepted a promotion which required a move to 417-land. He says, “We chose Nixa primarily on what we had read and heard about the schools,” noting that the move also brought them closer to family in the Branson area. He says he loves that Nixa retains a small-town feel despite its rapid growth.

Shawn decided to run for city council because he enjoys being involved in things that can make a difference in the community and because a friend told him he might be good at public service due to his long history of volunteerism and involvement in community activities. He says, “I simply want to do my part to help Nixa continue to grow and be better tomorrow than it already is today.”

Shawn says he has been impressed by the kindness and helpfulness of everyone at City Hall. He hopes to help the city accomplish the priorities outlined in the strategic plan which is based on community feedback. However, he was surprised by low turnout in local municipal elections. “Every vote can truly make a difference,” says Shawn, “I believe that voting for local government has a bigger impact on our personal day-to-day lives than any state or national election could ever have.” 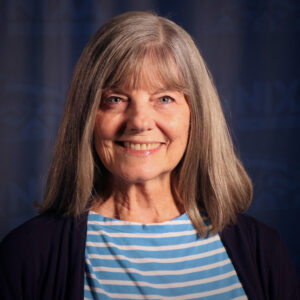 Darlene Graham represents District 3. She is a retired high school teacher of 25 years and mother of four children. She graduated from SMSU with a double major in English and Theater. Darlene was born and raised in eastern Missouri and moved to Nixa in 1976. She says she loves the close-knit, friendly atmosphere in Nixa.

Darlene says she decided to run for council because she has a passion to serve the community, “Representing the citizens of Nixa is worth my time because their concerns are my concerns, and helping decide what is best for our city based on their input is very important to me.”

Since joining the council, Darlene says the biggest thing she has learned is why the wheels of government move slowly. “Decisions that affect Nixa are not made without thoroughly investigating the need for a project and then finding the funds to complete them,” she says. For Darlene, one of the best parts of serving on council is setting the record straight when residents ask her about rumors they hear, “When I am able to put a rumor to rest for them makes me feel good.”

Parks are a priority for Darlene. She would like to see the city acquire more parkland and facilities, particularly on the west side of Highway 160. She says, “I want to be a part of helping Nixa grow to be the best city that we, as citizens, can make it.”

Darlene wants Nixa residents to know she cares about their concerns and welcomes their input. She enjoys explaining the city’s progress on issues to the residents of her district and tries to listen and vote based on their values. 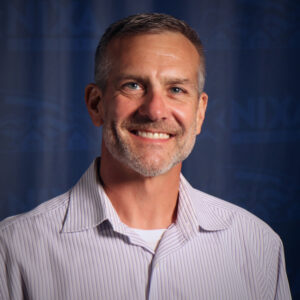 Seth Balogh was appointed in September 2022 to serve temporarily in the District 3 seat vacated by Justin Orf. His temporary service will expire in April of 2023 and at that time, residents of District 3 will elect someone to serve the remaining 2 years on the term to which Orf was originally elected. 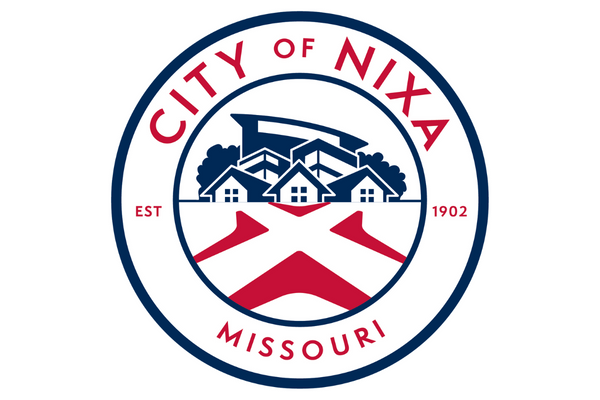 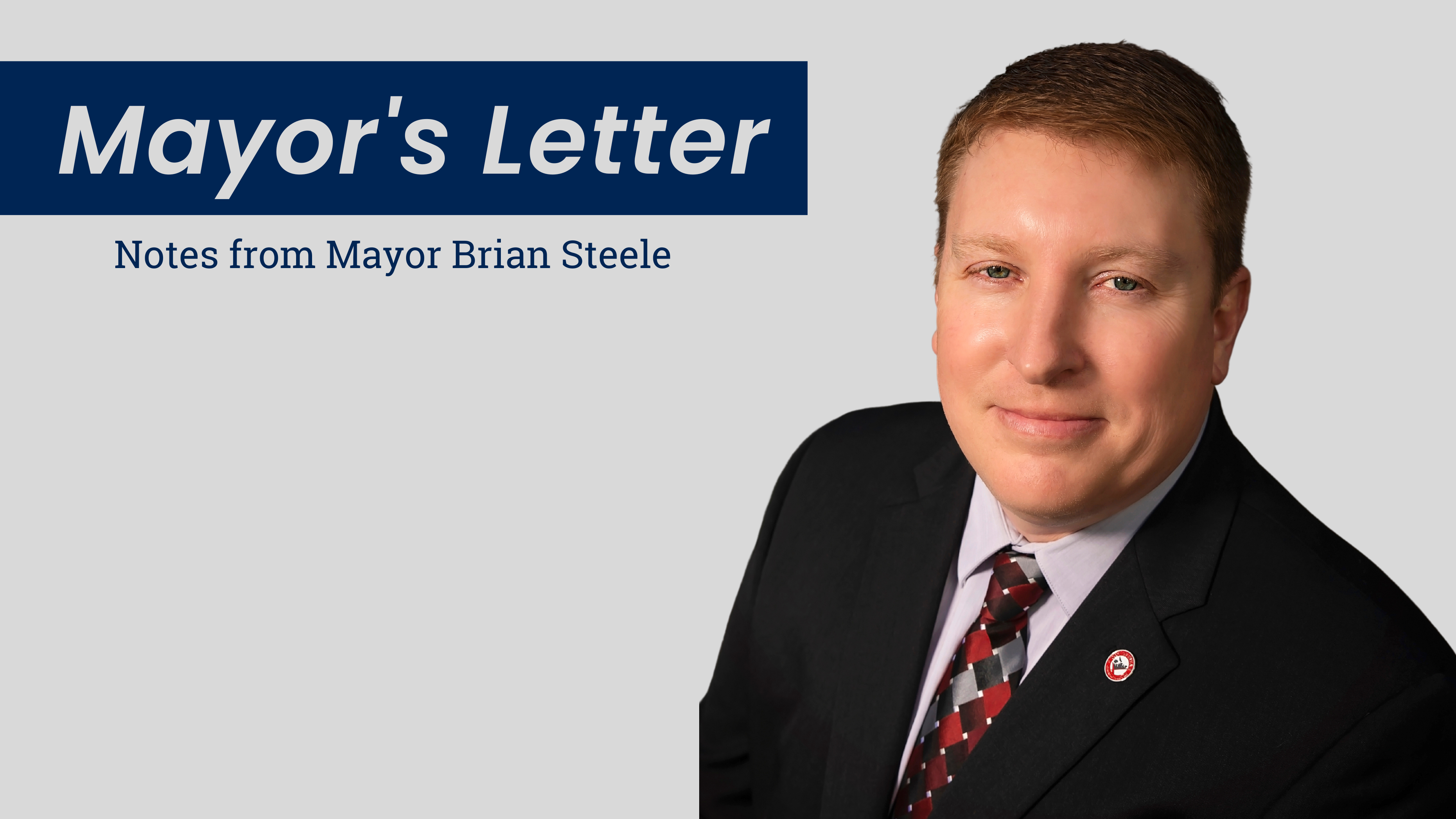 Letter from the Mayor: December 2022

Greetings and I hope everyone is having a wonderful holiday season! At the City we are finalizing our 2023 budget and […]

Letter from the Mayor: November 2022